The Greatest Games (Computer Books, 1985)
My first book. I had set a goal to publish a book by the time I turned 30, and this came out around my 30th birthday. I co-wrote it with Shay Addams when we were editors together on the magazine “Computer Games.” The book basically described the greatest computer games up until 1985. It’s out of date, and out of print. A real collector’s item! Adult book. I Didn’t Know You Could Do THAT With A Computer (Compute Books, 1986)
Yes, I used to write about computers. I was very proud of this book. I wrote it because there was a misconception in the mid-1980s that computers were only useful for word processing and number crunching. The book described hundreds of software programs that would help people write their own will, trace their family roots, learn to speedread, learn a new language, chart their horoscope, and so on. Adult book. Very hard to find. I only have a couple of copies myself. 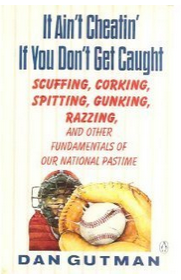 It Ain’t Cheatin’ If You Don’t Get Caught (Penguin, 1990)
My first baseball book, and my first book with a major publisher. I had written an article for “Discover” magazine about the science behind the spitball, scuffball, corked bat, etc. I was able to sell the idea as a book to Penguin and spent nearly a year writing it. I got to meet Don Mattingly, Dave Winfield, Brooks Robinson, Bob Feller, Mike Schmidt, and other baseball greats. The book sold pretty well, which prompted Penguin to ask me for an idea for another baseball book (Baseball Babylon).

SuperMemory (Rodale, 1991) A psychologist, Dr. Douglas J. Herrmann, wrote this book about memory improvement. I was hired to rewrite it and make it more readable, more lively. It was a fun project. Out of print now. Adult book. 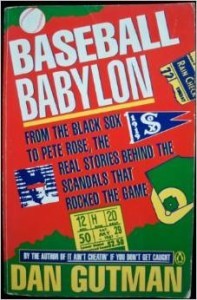 Baseball Babylon (Penguin, 1992)
This is a history of scandals in baseball. I thought it was a great book, but it didn’t sell, even though I promoted it on The Joan Rivers Show, Entertainment Tonight, and in hundreds of radio interviews. I’ll never know why. Adult book. It’s out of print now, and I only have a couple of copies. 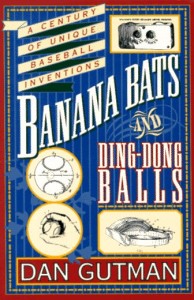 Banana Bats & Ding-Dong Balls (Macmillan, 1995)
A history of baseball inventions, from the catcher’s mask and the pitching machine to aluminum bats and radar guns. Illustrated with great photos and original inventor patent drawings. This is one of my favorite books I’ve written, and my absolute WORST seller. It was out of print by 1997. I only have a couple of copies. Adult book. 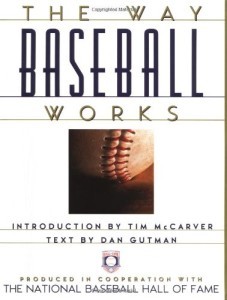 The Way Baseball Works (Simon & Schuster, 1996)
This is a gift book, a “coffee table” book. The game of baseball is broken into about 100 essential elements and each one is explained in words and pictures. I didn’t think this book was nearly as good as my other adult baseball books, but people always are very impressed when they see it. It must be the color photos and charts. Adult book. Sales-wise, it was a bomb.